David's story, from its very beginning to the end of his life, is at one with America's developing history. As a young man, volunteering initially as a teenager, David served extensive combat duty in the Civil War, his country's only war of internal rebellion 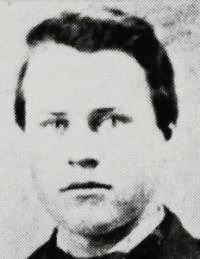 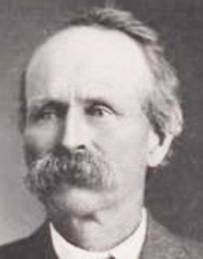 After the war, David joined the great westward migration that further expanded the nation he had helped save from dismemberment. After he had established a home on the Iowa prairie, David lived a long and productive adult life for fifty-five more years in what has become America's heartland.

With his service in war and his migration west, David shared in the experience of many late nineteenth-century Americans. Such migratory and war experiences were also not unique in his family, neither his immediate family nor the ancestral family going back two centuries.

David Whitney's story, as presented here, includes more than just information about David and his activities. It is a family-oriented account with the focus on David and his most immediate family. The largest part deals with David's war experiences and those of his brother and brothers-in-law.

The Rest of the Story

If you would like to read David's story from beginning to end, you can do so by pulling up the separate portions in the order listed in the Table of Contents below. You can approach it that way by selecting as your first page to read the first entry, Part I – The Whitney Family Line. Then, after finishing that page, clicking on the 'Next' link at the top or bottom of the page will take you to the next portion of his story as contained on the Table-of-Contents list.

Choosing 'Next' each time you finish a page will get you on to the remaining parts of the story successively. Doing so should put the total account into the best overall perspective, since the order is mostly chronological. But individual portions can be read separately without much loss of understanding. To read individual portions, you can click on the respective link in the Table of Contents.

Alternatively, for a general overview of the story, you may want to start by reading the individual entries in the Synopsis section. This section has a concise description of each individual portion, arranged chronologically, as in the Table of Contents, along with a separate link to each portion being described. The synopsis may also be used for your ease in finding items of special interest initially or finding again something you have read previously but aren't sure which portion it's in.

In addition, the chapters in Part II—concerning the military service of David and his brother and brothers-in-law—contain separate indexes to the material within that Part. Before reading any portions of Part II, you may wish to read the page The Hierarchy of Military Units: Terminological Note, especially if you are unfamiliar with traditional U.S. Army structure and unit designations. To fully understand this account of the Whitney family's military service, you will often need to be able to know the difference between, for example a regiment and a corps and how they are related, and sometimes how the different ranks of the soldiers and officers relate to the various units.

For an explanation of the origin of this account and the reason it is appearing at this time, see the Afterword.

Who is this story for?

The story that appears here can contribute to the education of anyone interested in learning about some of the experiences of one American family during the course of 300 years, with special emphasis on that family's service in the Civil War and its involvement in America's continuous westward migration focusing on one member of that family, David Whitney.

This form of David Whitney's story had its origin as a family project for the education of some of his descendants, the children and grandchildren of one of his sons. An earlier version was distributed in hard copy to family members in Iowa, but the present, revised version appears here as the easiest way to make it available to all, especially those family members who have left Iowa and migrated elsewhere, including many of them westward.

This version is dedicated to the memory of one its authors, Hazel Whitney Eichman.